In The Dead Of Night When Everything Is Asleep 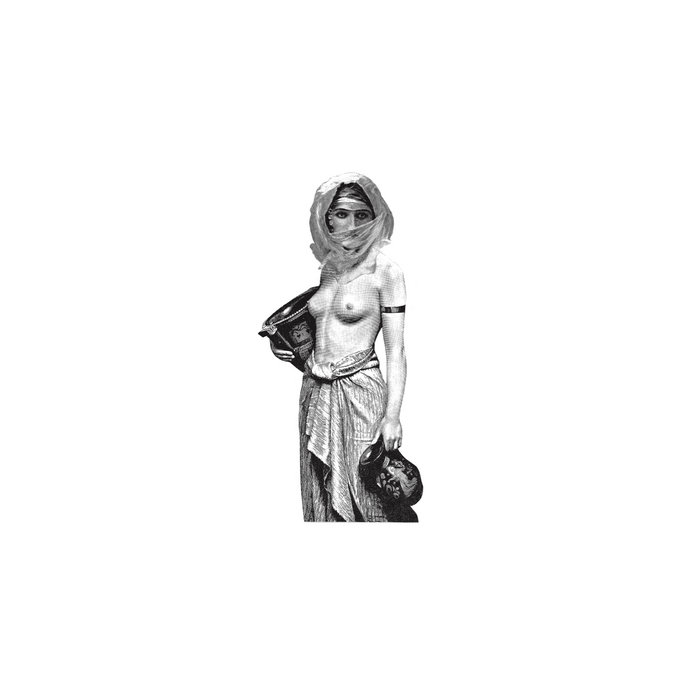 John Cratchley A collaboration that feels as though it was meant to happen (written in the stars, as they say)...beautifully crafted sounds that caress rather than grip the imagination; the diversity is liberating.

Warren Daly (Invisible Agent) Beautiful organic compositions with classical stylings. Leonardo provides 2 hours of recordings from cello, singing bowls, to vocals and so much more. Aaron takes these and creates even more beautiful layers. If only all collaborations were like this. Highly recommended. ~Warren Favorite track: And the consciousness that all silence is violent.

I can still hear the humming of life

And everything still makes static sense

Even the bitterness of your departure

The syncopated beat of the heart

And the consciousness that all silence is violent

In the dead of night when everything is asleep

The more I progress in making music the more I feel I am locking myself in my own idiosyncrasies. Every sound feels the same, every loop leads me to the same feelings, every noise makes me feel at home. I needed to break away from it. I needed to submit my routine into something different and that’s why I thought about Aaron. I needed a soloist with a deep soul to guide my feelings towards something different, something that breaks me away from myself, without betraying who I am.

I met Aaron a couple of years ago via web, as I guess all of us meet a lot of interesting people. What struck me as marvelous, was that as soon as I added him as a friend he replied back saying that whenever I wanted to collaborate with him I should just ask. The other thing that brought me to Aaron was his marvelous album Comet’s Coma, which in my opinion was probably the best album of 2014.

So, the next question was, how do I start doing this? I wanted to start from scratch. Record all samples with my instruments and objects at home, I wanted to have fun from the beginning. Additionally, I wanted to include my kids in my adventure, so we set two or three days aside where I just went and recorded everything I could think of with my kids: a trumpet, guitars, wooden, metallic, glass objects, rainstick, metalophone, just having fun, not caring about tempo, melody, or tuned instruments, just banging around. A special instrument recorded was the cello that my older son is learning (one day he’ll replace Aaron).

Having two hours of recordings I had to start sampling all the stuff and playing with it for awhile. After I started creating these nameless pieces I thought that it was a good time to ask Aaron if he wanted to do a collaboration that he accepted. The collaboration was quite straightforward. We decided that I would prepare the scenery for him to come and take over, and that’s what he did. He took over in the most beautiful way I can think of.

One last word on the album and pieces names. Normally, I work from a poetic perspective. I define the general idea, write poems and then with this in mind I construct the album. But because I wanted Aaron to be completely free of concepts I just recorded the pieces and didn’t even think about naming them, I just let them go raw. Only after we had almost finished I then started thinking about the names, and I guess a poem formed itself magically.

In The Dead Of Night When Everything Is Asleep, is from my point of view, a journey into nothingness, into a liberation of everything that surrounds us, something that will transform us into smoke, not bad and not good, but just as a means of liberation from oneself. I hope you find true beauty in the sounds that you can listen throughout. - LR

I come up with the track titles and general vision for many of the projects that I'm involved with, so I was happy to take a different role this time: as a musician augmenting Leonardo's existing vision. I wanted to create arrangements that were cohesive, but still had some variety.

I used cello, banjo, bowed cymbals, singing bowls, concertina, electric guitar, Roll Up Piano, and voice for the instrumentation. Since there were already cello parts included in the music, it was interesting to play off of those and structure string swells for some moments, let the parts that were already there play alone, or join them with my new cello parts.

After discussing back and forth, Leonardo spent some extra time finding the right balance for the combination of sounds, and, in the end, I think we were able to create something that represents both of our musical personalities, but that neither of us could achieve on our own. - AM

Leonardo dedicates this album to his kids for exploring the world of sounds with him and thanks Aaron for embarking on a journey into the dead of night together.